How the hospital killed my father.

An item on instapundit's blog brought to mind what happened to my 99 year old father.

He was hospitallized because he had had several episodes of losing consciousness.  It was determined that the solution woud be the inertion of a pacemaker so the blood would get to his brain.

He had the surgery and was discharged from the hospital but got sick again.  Returned to the hospital, where it was discovered that he had been implanted with an infected pacemaker.  So they removed the pacemaker and inserted a new one.  The infection was still in his bloodstream, however, and they discovered that one of the valves in his heart was damaged.

They decided that they would not or could not replace the valve.  The infection continued and he soon died.

I know what you're going to tthink, because t thought the same myself:  he was 99 years old, and was lucky to have lived as long as he had.  We could  sue the hospital, for loss of earnings, perhaps? The whole idea was ludicrous.  Nevertneless, he was dead and he was my father.  I thought he had more mileage on him.  Before his recent fainting spells, he had been going to the gym, taking care of himself, and cooking dinner for himself and my stepmother.  He had his wits about him  And we were all sorry to lose hum.

Could he have lived another year, or three, or ten?  Nobody knows.

Some slob was careless, and someone died.

I asked my Uncle Max, who whas a doctor, "When did doctors start curing more people than they killed?"  He said it hadn't happened yet. 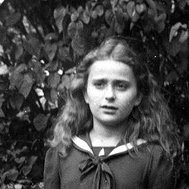 Me at 10.  I find it very hard to upload pictures on this computer.  This is a test.

I joined the Republlican Jewish Coalition because I am the only Repupblican Jew I know, although I have subspicions about the rabbi.

I was surprised and pleased to receive an invitation to a Chanukah party.  So I went.  I wanted to see a real-live Republican Jew.

There were a lot of them.  Most of them were couples, between 55 and 75, and very nice. Thei all pretty much knew each other.   Most from Pennsylvania and New Jersey.   No one from Delaware.  No young people.

Where are the young people?  If we don't atttract young people, Republican Jews are going to become extinct. Or do the young have better things to do on Saturday night?