A spot of bother

My computer up and died on me. The installation of a new mouse and keyboard did nothing for the poor dear.

I lost all kinds of data. Fortunately, I have a back-up service from HP. Unfortunately, I can't figure out how to contact them. Wow, do they have a lot of products and services! Of course, I don't know my account number either.

I'm not looking forward to installing the new baby, especially since it weighs 42 lbs and has to be lugged upstairs.

So excuse me while I sit shiva for my old computer. I will be back soon. 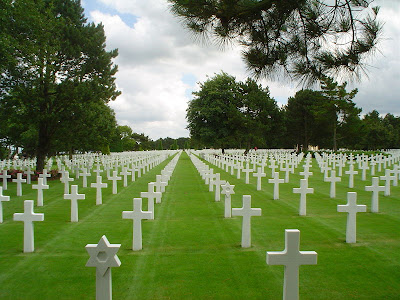 Posted by miriam sawyer at 9:14 AM 2 comments

Check out this week's Carnival of the Insanities

No-one has run out of insanities yet. Plenty left where those came from.

I've been thinking about this one, and have come up with a few six-word memoirs for some prominent people:

John Edwards: There are two Americas, us and them.

Mitt Romney: I'm a Mormon; deal with it.

Bill O'Reilly: It's always my turn to talk.

Bill Ayers: What rotten people we Americans are.

Visitors to this site are invited to come up with their own six-word descriptions.

Rachel has challenged me. Here's my memoir in six words:

I have eaten lots of food.

Gay marriage--pro or con or what?

Now that the California Supreme Court has declared gay marriage legal, the time has come to have an opinion about it.

Unfortunately, I not only don't know what to think, I don't even know what I think. Should gay marriage be legal? Beats me.

On the one hand, people should be allowed to do what they want. If a bunch of suckers think marriage is the answer to anything, that's their privilege. They'll soon find out to the contrary.

Considering the number of couples who live together and have children without marriage, the institution has almost entirely been emptied of significance. The son of a friend of mine who is trying to sever one of these relationships--they have two children together--is finding it as much trouble as getting a divorce.

The only concern I have about gay marriage is what the consequences might be. What other arrangements might the courts find inherent in that great Constitution in the Sky? Do we have the right to two mates? Could you marry your sister? Your pet (sorry, animal companion)? Your bridge club or bowling league?

Can you imagine how difficult and complicated it could be to divorce your entire Block Association? Or the Toastmasters Club of North Wilmington?

The trouble is, once Pandora's box is opened, it is difficult to get it shut again.

Welcome, Carnival of the Insanities readers! 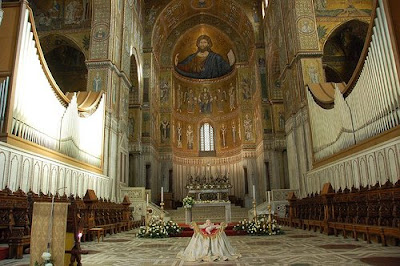 I'm back from Sicily.

I enjoyed it a lot. Sicily has a lot of history; being a fertile island, it was invaded by everyone you ever heard of: Phoenicians, Saracens, Normans, French, Spanish, Muslims. The only people who didn't invade it were the Jews, and they were probably getting up an expedition when Garibaldi unified Italy.

Remnants of all these cultures remain. The Normans were a little peevish about the Muslims, and tore down about 300 mosques. I believe it was the last time anyone tore down anything on the island. The place is full of abandoned farmhouses, apartment houses, Greek temples, Roman villas, viaducts and God knows what else. Unlike the Americans, when Sicilians abandoned a place they didn't tear it down and replace it with an Acme or a Walmart. These just left it to fall down by its ownself and form a picturesque ruin.

There appear to be no traffic rules, no traffic lights, no stop signs. I don't know how Sicilian drivers know when to stop, but they sometimes do. You can't count on it, though. Palermo is full of graffiti and dirty, but charming nevertheless. There's an amazing fountain at the city center and several beautiful churches there or nearby. There also appeared to be a lot of young people, even though Italy has a declining birth rate.

No matter how small the town, the inhabitants tend to live on top of each other in apartments. No lawn-mowing for the Sicilians. They do have gorgeous roses, though.

Taormina is one of the most beautiful towns on earth. It's on a hillside overlooking a bay, and picturesque as all getout.

No matter which ancient people inhabited a place, they tended to place buildings of interest on top of steep hills. Perhaps this was in order to see who was coming to attack them next.

A comment at this site gives food for thought:

Whatever your politics, however you lean, however you feel about the current
administration, this report should open some eyes.

As tragic as the loss of any member of the US Armed Forces is, consider the
following statistics:

The annual fatalities of military members while actively serving in the
armed forces from 1980 through 2006:

If you are surprised when you look at these figures, so was I. These figures
mean that the loss from the two latest conflicts in the Middle East are LESS
than the loss of military personnel during Bill Clinton's presidency; when
America wasn't even involved in a war!

Makes you want to holler, doesn't it?

My insurance company just informed me that they had paid St Peter's Hospital $992 for room and board. This princely sum bought me two nights' misery with a roommate who hosted a never-ending party with an ever-changing cast of loudmouth friends and relations.

I probably could have stayed in a nice hotel room in New York City for a day or two for that amount of money. And if someone made noise, I bet they would have given me another room. With profuse apologies. Unlike the nurses in St Peter's Hospital, who merely shrugged.

That's what you get in the non-profit sector of the economy, mainly because they employ 17 vice presidents who make over $300,000 a year, like Michelle Obama.

The University of Delaware continues the indoctrination in their so called "residential life" program.

How long can I survive?

Take the test. It's truly weird. And by the way, even if I had pets, I wouldn't eat them. For one thing, it would be tough catching a pet. Almost any pet can run faster than I can.

I'm not eating my leather jacket either.

of the first "post-racial" candidate for president:

Or are they the three horsemen of the apocalypse?

Since Mother's Day is coming, I thought I would reminisce about my mother.

I've written about mother's law practice elsewhere. Now I want to mention another idiosyncracy of hers.

Mother hated bad news--no, she didn't believe in bad news, and felt that if she didn't share it, it didn't count. So if anything bad happened, she never told me. This was particularly annoying, as I lived out of town, and depended on her to keep me up to date on family news.

Once I was visiting her, and noticed that my cousin Bernie's wife was not present on a family occasion. Mother had to admit that Noreen and Bernie were getting divorced. Instead if mentioning it, mother disappearated Noreen. She became a non-person. No grudge, she just was never mentioned. It was like those group pictures of Soviet leaders, where the unfortunate one who had fallen from grace was simply edited out of the picture.

She handled her own divorce differently. She couldn't disappearate dad, because we two children were evidence he had existed. She simply ignored the divorce. His name was listed in the phone book as long as she lived. When she moved, the new phone was listed in his name, even though he had not lived with her in years, and she was still mad at him.

One reason for her anger was that he had left her for a woman who was not good-looking at all. She found this insulting. She might have handled the whole thing better if my stepmother had been a beauty. After all, who could hold a grudge if her husband left her for Ingrid Bergman? Mother felt she might have kept her own options open if Clark Gable had come calling.

When bubbe, her own mother, was sick, mother insisted on being upbeat. Every time I called, she told me bubbe was "a little bit better." These improvements continued until bubbe improved into another state of existence.

If I called mother and she bitched about her aches and pains, I knew she was okay and enjoying life. It was when she started feeling better every time I called that I really got worried. Toward the end, she was hospitalized frequently, but she never informed me when this happened. She didn't want to worry me. So I would call and listen to the sound of the phone ringing in the empty house.

Then I would call my brother to find out what had happened this time.