Or is it spelled Captcha? Whatever, I really can't decipher it most of the time. Maybe I am a robot! 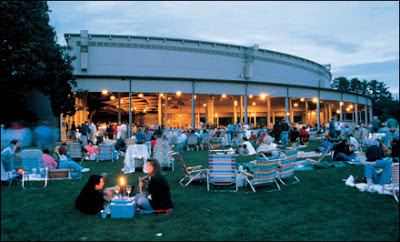 I've been trying for two weeks to purchase tickets for Tanglewood. There's a special promotion--30% off tickets. Maybe because I plan to attend Friday the thirteenth, I have had nothing but trouble navigating their website. First they want me to sign in. Why? I prefer that the BSO and I maintain a formal relationship. I don't want access to their website. Just sell me the tickets, dammit! But they insist. So I admit that I forgot my password (I use it once a year) and they e-mail me a new password. Back to their site. The new password does not work. Okay, Plan B. Call them on the phone. When I call, they inform me that they are closed for Patriot's Day. The State that sent Teddy Kennedy to the Senate is more patriotic than the rest of us, I guess. I e-mail the BSO and inform them of their extreme suckiness. I never get a reply, so I call again. At last, success--but the discount which was offered in the special online promotion is gone, never to be heard of again. I look at their website, seeking to recapture the magic moment, and am informed that from now on I have to change my password every time I log on. Why can't I log on as a stranger?

I've been reviewing some of my older posts, and I must admit I was a better writer then. It gets harder and harder. When I was young the words just flowed, but as I got older, I appear to have dropped a few IQ points here and there. I used to search for the mot juste, and frequently got it right. But now, instead of the mot juste, I sometimes settle for the mot second best or, worse yet, the mot good enough for government work.

On the phone with Verizon. You have to grit your teeth and prepare to waste time, eons of it, to get anything done. I've never had decent phone service from them and long ago gave up expecting it. But the latest wrinkle is that callers to my home phone are informed that my mailbox is full. It isn't, because I listen to my calls every day, and remove them. So I called Verizon and after the usual interaction with the bland and irritating robot, I got somebody called John, who said he would call my phone and see what message he got, and get back to me. He didn't, unless "getting back to me" is a new phrase for hanging up. Just to make sure I had ground enough enamel off my teeth, I then called Comcast and informed them they could stop sending me letters threatening to suspend service, because I had canceled them at the beginning of the year. To make the day complete, I called the Boston Symphony to order tickets for a concert in July and found they were closed for something called Patriots Day. Whatever that is.

This would explain so much.

I wonder whether anyone else had the same reaction as I did to Angela Corey's announcement of the charges against George Zimmerman, the "white Hispanic." I thought he was being railroaded. According to Corey,

”We don’t prosecute by public pressure or petition. We prosecute cases on the relevant facts of each case and on the laws of the state of Florida.”

Sure, and I'm the tooth fairy. When I see those two old frauds, Jesse Jackson and Al Sharpton, circling Zimmerman like a couple of sharks smelling blood, it makes me sick. I am inclined to give anyone accused by them the benefit of the doubt. Remember the Tawana Brawley case? Or Freddy's Fashion Mart?

Honestly. Is this like a community organizer? I thought men were already empowered.

Another poem for poetry week

The witch that came (the withered hag)
To wash the steps with pail and rag
Was once the beauty Abishag,

The picture pride of Hollywood.
Too many fall from great and good
For you to doubt the likelihood.

Die early and avoid the fate.
Or if predestined to die late,
Make up your mind to die in state.

Make the whole stock exchange your own!
If need be occupy a throne,
Where nobody can call you crone.

Some have relied on what they knew,
Others on being simply true.
What worked for them might work for you.

No memory of having starred
Atones for later disregard
Or keeps the end from being hard.

Better to go down dignified
With boughten friendship at your side
Than none at all. Provide, provide! 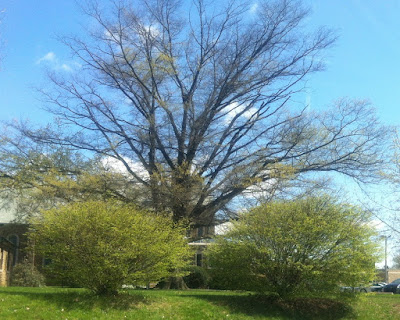 Nature's first green is gold,
Her hardest hue to hold.
Her early leafs a flower;
But only so an hour.
Then leaf subsides to leaf.
So Eden sank to grief,
So dawn goes down to day.
Nothing gold can stay.
Robert Frost