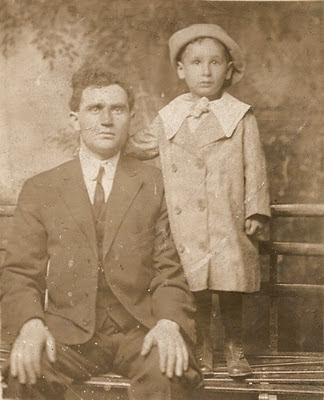 Maybe. I can't tell. The photo is not labeled.

The importance of being Ernest 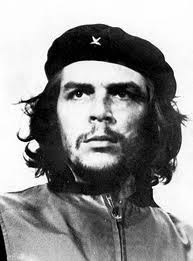 The image above is that of a thug who was responsible for countless deaths. He has become an icon of the American left because of this picture, which is everywhere: on coffee cups, T-shirts, posters, and for all I know, condoms. The picture looks so dashing, so glamorous! That beard, that beret, that intent expression! And his nickname, Che, is so chic, full of masculine bravado. He is of course, Ernesto (Che) Guevara.

Imagine if his friends and family had called him Ernie, instead of Che. Picture him in an alternative universe, in a baseball cap, glasses with unfashionable frames, no beard, and wearing a T-shirt saying "I'm with stupid" and with his pants falling down, showing his underwear. 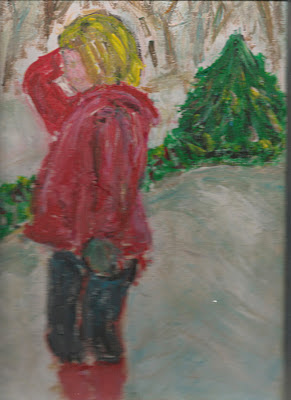 You have been selected to receive this ticket because you are entitled to government funding maybe. The US Government must find recipients in order to distribute over $360 billion dollars to organizations and private individuals.

What's that "maybe" all about?

The Chicago way vs Albany Democracy

I wonder whether the Chicago way has any resemblance to Albany Democracy. In Albany, and in Albany County generally, the Democrats controlled everything. Albany voters voted the straight Democratic ticket every time. I think they are the only county in the US to go overwhelmingly to George McGovern. A sinister Irishman whose name I have forgotten ran the machine. When a house in Albany changed hands, the evaluation--and the taxes--went up. The whole thing was choreographed like a classical ballet. First you got the letter concerning your new evaluation, then you called a lawyer who agreed to "represent" you in appealing the rise. Our fixer, another Irishman, was always off somewhere attending a wake, funeral, wedding, first communion, or barbecue, so you had to keep calling him. When you finally reached him, he said he would fix--I should properly call it "fix"--the assessment for you. This was supposed to make you grateful and turn you into a lifelong Democrat. Every election, a little old man who wheezed and smelled of cigarette smoke came to your door and told you who to vote for. He was completely sincere and meant it but we voted for whomever we pleased. It didn't matter who we voted for. Everyone else voted the straight Democratic ticket. The good thing about the machine was low taxes. The bad things were rotten schools to which no member of the school board would send their kids, potholes, little or late snow removal, no street cleaning, and a host of other deplorable conditions. The good thing was low taxes. Loyal Democrats were given low-paying jobs around the city and were appropriately grateful for them. The elevators at City Hall had actual elevators run by city hacks, years after all the other elevators in the world were automated. Free turkeys and baskets of food were delivered in poor neighborhoods at Christmas. Our mayor was supposed to be very smart and came from a distinguished family. The story went that he could have risen to the House or the Senate, so distinguished was he, but he Had a Mistress, which disqualified him. He came to politics poor and left rich, albeit in a pine box, despite earning about $5,000 a year. I guess he was lucky in his investments. I thought he was an egregious ass. My daughter, a fifth grader, wrote him a letter requesting pay raises for firemen. He sent her a pompous reply as if she were a grownup, but not too bright at that. This all happened a long time ago and I'm sure everyone in Albany County is completely honest and trustworthy at present. Like Chicago. But with lower taxes. 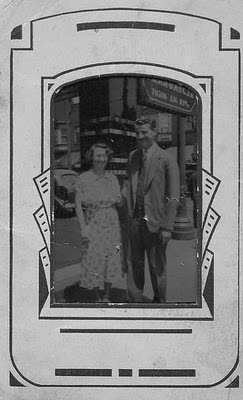 I'm sure I posted this once before. I love the picture, though.

I wish my mother and dad had had more pictures taken of themselves. Dad didn't because he was always behind the camera, and mother didn't because she was waiting until she lost a lot of weight to have her picture taken. She actually cut pictures of herself out of family snapshots. I wish she had stopped wishing to be different and accepted herself as she was. Wasn't it enough to graduate from law school before she was old enough to practice law? To be an attorney whose clients loved her? To know every policeman in Columbus, OH? To be married to a handsome guy?

Nope, she was never good enough. Mother told me that her parents never praised her and her brothers. Never kissed or hugged them. Bubbe, particularly, was sparing with kind words. Sarcasm she had plenty of, though. Her tongue was a knife that cut two ways. Her children and grandchildren had to be perfect. Since they weren't perfect, she was never satisfied. The boys didn't seem to mind, but mother felt she could never measure up.

The weight thing came down through the generations and has driven all us granddaughters crazy. I am the fattest of the bunch. The rest are the type of skinny woman who eats seven grapes and four almonds for lunch. Only one of her grandsons had trouble with his weight, and that was my brother the genius. However, he could drown his sorrows in mathematics.

What an exciting story! It was like a Daniel Silva story, only real.

The gingham dog and the calico cat

Does anyone remember that little ditty? I read it when I was a child. The gingham dog and the calico cat had a fight, and when it was over they had eaten each other. Does this remind anyone of Gingrich and Romney? 310 million people in the US, and not one Republican with a brain. Welcome to Obama's second term, thanks to the stupid party.

It's been that kind of day. Just when I thought I had Mr Charm's affairs settled and am taking a much needed vacation in California, irksome stuff happened, and I was strongly irked. I respond to unpleasant happenings in weird ways. First, my hair starts to fall out. Don't laugh--the vacuum cleaner is picking up oodles of hair these days. I am going to have to ask Donald Trump for the name of his hairdresser soon. As an added bonus, my stomach gets upset. I react to this by taking so many Tums every day that my osteoporosis has been cured--a miracle. Of sorts. PS: Though my stomach is upset almost every day, I don't lose any weight. 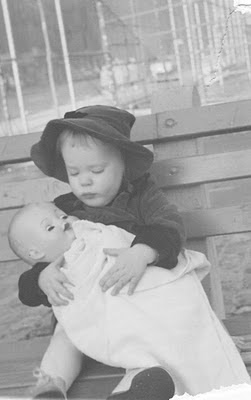 Why do letters you have to deal with come late on Friday afternoon, preferably before a Monday holiday, leaving you with the whole weekend to stew about them? I got a deeply mysterious letter from the IRS, declaring that I did not file a return for 2010. Or something. Of course I did, and got a refund from the State of Delaware, if memory serves. I used TurboTax, the service so beloved by unindicted co-conspirator Tim Geithner. Anyway, it is not clear what the letter means; either they owe me money or I owe them some. Or not. Also, they need a new cartridge in their(the IRS)printer. The letter is hard to read. Now I'm starting to worry. There is a streak of incompetence running through my family which makes its way straight into my brain. I am okay in normal circumstances; I misplace theater tickets, get lost easily, and don't recognize anyone I know. I find it a real challenge to change the cartridge on my printer, and as for checking the oil--don't ask! Add a death in the family, Mr Charm's illness, Medicare, lawyers, and sore feet, and I am reduced to a blithering idiot. So--what's this all about? Well, it's sort of an apology for letting down my faithful readers, who are probably sick of all the dreck I am posting, and deserve better. I'll try to cheer up, really I will, and I hope I shall recover my wits.

Red light madness I got a red light camera ticket and I was hopping mad.  So I did a bit of research on Google, and now I'm really mad.  It turns out that this "service" is not local.  The company which administers the program writes the ordinance which is passed by a local political body, a minimum number of "violations" are guaranteed to this company, the company --not a local police department or elected officials--sets the lights and camera up, and the cameras are timed to increase the probability of catching motorists.  How about this nugget:


Nestor, the company we have outsourced our red light law enforcement to has collected ~ $4.7 million in 3 years. That money we will never see again, and we just shipped it right out of Delaware’s economy and into a private firm. Previously, when you got a ticket, it at least went to the State. It could then be used for police salaries or highway repair. But not in this case.

Apparently Nestor does not do as good a job in ordering their own affairs; they are going bankrupt. In my own case, the photograph shown on the citation is incorrect, in that it does not show the green left turn arrow which I and several other cars are obeying. The tone of the letter itself is nasty and intimidating, clearly designed to threaten those who don't knuckle under and pay at once. Shame on you, Delaware! Is this the way to treat citizens?