Paying off the deficit

Let's pay off the deficit!

It appears that George Soros is obscenely greedy, even greedier than those Wall Street banker who are getting "obscene" bonuses. Now he wants to bring down the euro!

Man who broke the Bank of England, George Soros, 'at centre of hedge funds plot to cash in on fall of the euro'

Clearly George has too much money. Every cent he makes after this ought to be confiscated and used to pay off the national debt. He won't miss it. He has "enough" money. After all, he earns more than $250,000.

After that, he can split his remaining wealth with the US Treasury. He'll have plenty left.

No permanent employee is exempt from participating in the pension system.

The most generous pensions are granted to police officers. Police in New Jersey are blessed by having the toughest union, the PBA, which is represented by the shrewdest and toughest lawyers. For a long time, police contracts were subjected to binding arbitration, a legalized form of three-card monte. I believe the practice has been stopped.

Home rule is very important to New Jersey. New Jersey has about 500 municipalities, and each is a little freestanding fiefdom, with its own library, sanitation department, and police department, etc. Each police departnemt has its own officers, including a chief. There are some exceptions to this, as municipalities strive to save themselves from financial disaster. Police officers retire in their fifties, on half pay after 25 years of service. Due to strong unions, retired policemen retire with free medical benefits for life for themselves and spouse. And every year there is a cost of living adjustment (COLA for short), whether the cost of living has gone up or not.

Retirees from the public schools, including clerks, secretaries, librarians, and maintenence crews, retire after 25 years on half pay, and they also get free health benefits for life for themselves and spouse and COLA.

Ordinary retirees, such as thee and me, also can retire after 25 years. I don't know what the age requirements are, if any. No health insurance for this crew.

When I started working in New Jersey, part of my salary was put toward my pension. This was matched by the State. You were vested in your pension after 10 years, according to federal law. During Christie Whitman's tenure, employee contributions were discontinued. In other years, the State saved money by postponing their annual contribution to the pension fund. The pension fund, of course, would keep growing in good times and bad. The stock market was booming, no worries. Until the market fell.

Governor Corzine didn't halp matter any by being deeply in thrall to the unions. The Civil Service rules didn't help either.

I don't see any way out of this mess, which is contractual and based on the full faith and credit of the State, whatever that means. So the onus will fall on new hires. But that will take a long time. I personally am not prepared to die to save money for the State. 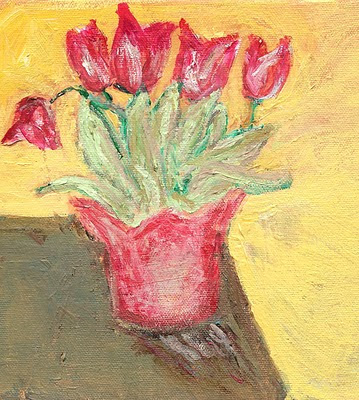 Shelters for abused women are jammed?

Harry ("The Iraq War is lost") Reid. Give me the statistics: spousal abuse, 1990 vs spousal abuse 2009. Is it up or down? I want to see the numbers before I accept his statement.

I haven't trusted phony numbers since the statistics showing an increase in violence against women during the Superbowl were proved to be false.

He got the same impression I did:

WATCHING GLORIA ALLRED ON HANNITY, trying to make the argument in favor of her porn-actress client who had a 3-year affair with Tiger Woods. I thought she’d descended into total self-parody before, but I was wrong. She’s plumbing new depths now. Apparently, I’m not the only one who feels this way.


All I can add is, that the obnoxious yenta* rivaled Hannity in interrupting, which Hannity is a master of. It was fun to see that neither one of them would let the other speak.

Gloria seems to be looking for an apology, but I got the feeling that a cash settlement would sooth the young lady's feelings.

Did anyone else find Tiger Woods' public confession deeply embarassing?

It reminded me of the coerced confessions of convicted political prisoners in Stalinist Russia.

Why did this talented athlete have to throw mud all over himself? The consensus is that he did it to avoid losing endorsements. So, he did it for the money. Doesn't this multi-millionaire have enough money? Is he going to be on welfare any time soon?

Why not just keep mum? If I had his net worth, I would find myself an island and hang out there, with my private yacht parked outside the gate alongside the private jet in case I wanted to travel.

Tiger Woods doesn't owe me anything. He doesn't have to confess his sins. If he chooses to spend his time off with beautiful blondes with long legs and limited intelligence, that's between him and his wife.

Anyone feel the urge to paint their sneakers?

Forgive me for asking, I'm new to Delaware...

but who is responsible for removing snow from the roads and streets--in Delaware, I mean?

It appears to be "nobody."

The county doesn't do it.

The State doesn't do it.

There is some kind of arrangement that homeowners associations are supposed to pay for snow removal in sub-divisions and then the State will reimburse them for 75% of the cost.

Excuse me, aren't snow and ice public safety issues? Public safety affects all of us; it's not something you can contract out. Isn't this a legitimate function of government? Since when is a sub-division a political body authorized to remove snow?

The snow on the secondary streets in New Castle County is hazardous for drivers and even pedestrians. Fortunately the schools are closed, but when (and if) they re-open, no school bus will be able to navigate these streets.

Delaware, pray for warmer weather. Only God can help you.

I keep getting these spam comments on my blog, some of them obviously written by someone whose first language is not English, if he or she has a first language. Some are in bad French or bad German, or some non-European language I don't recognize.

They are not good or bad, they are essentially pointless, and I wonder why anyone would waste their time and effort to send them. Much better to remain silent. 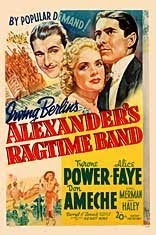 By chance, this movie was on Turner Classic Movies the other night and I watched it. Despite starring Tyrone Power, who performed with all the ardor of a cigar store Indian (but I don't want to insult Native Americans), it was well worth watching. It featured several songs by Irving Berlin, most of them winners.

Also featured was a young and very svelte Ethel Merman. I always remember her as looking as if she had a bolster stuffed into her girdle, but in this film she was quite slim. I only recognized her because of her voice, which even in her youth, apparently, provided tough competition for the trombones, not to mention the trumpets. No orchestra ever drowned her out.

It was a fun trip down memory lane. What made it unusual for me is the fact that I could remember the lyrics to all the songs, songs which were written before I was born. I not only know the tunes but the lyrics. In fact, whenever an old movie musical is shown I know the words to all the music.

I seem to know the words to all the songs in what Mark Steyn calls the Great American Songbook, but I knew them before there was a Great American Songbook. I learned these songs in my teen years, which I spent traveling all over Columbus, OH on buses to attend every revival of a musical ever made. Many of them were quite forgettable as films, but the music was usually very singable. And the stories all had happy endings. In those days, there were lots of second and third run movie theaters, some in seedy neighborhoods, and I knew the names and locations of all of them.

I made these bus trips as a teen because I was a miserable high school student who was younger than my classmates and unhappy in school. The thought of buckling down to my schoolwork and acing the SATs never occurred to me. Seeing all these movies was a way of getting the hell out of central Ohio for an evening. Getting better grades as a way out was a possibility I never considered.

I have a retentive memory for poems, especially when they are set to music, and what are lyrics if not poems?

So I developed this phenomenal memory bank which nobody knew about or would have valued if they had. I never made a nickel out of it nor did I get into the selective college of my father's choice. But I am pleasantly surprised when I hear these songs and remember their words, which have stayed with me all these years. 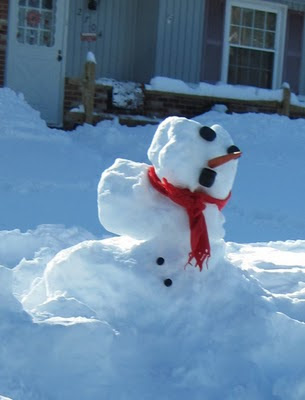 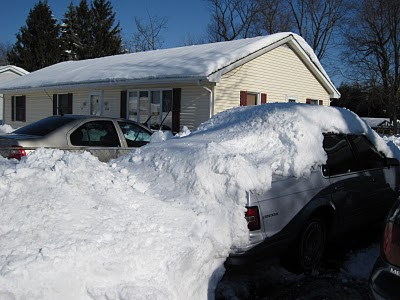 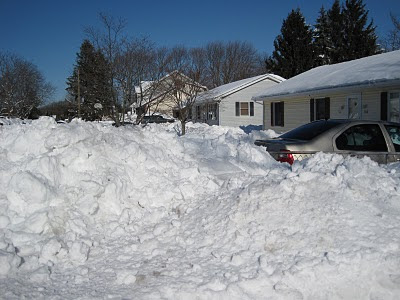 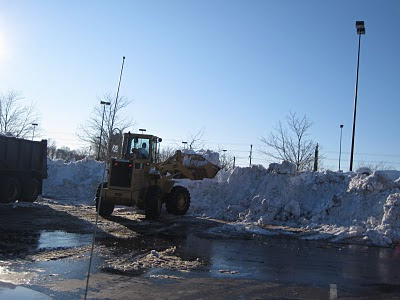 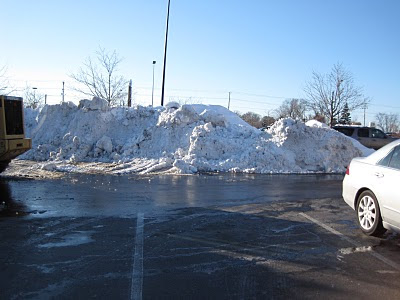 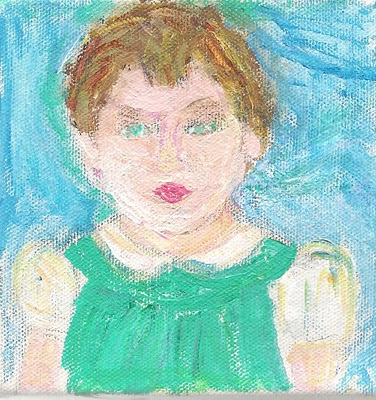 This is where the grill goes 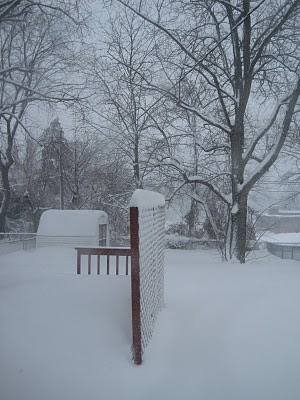 You can't tell, but this is where we grill those awesome barbecues. It's my deck, under the snow. I wonder whether the snow will be gone by Memorial Day.

You Australians--now do you feel sorry for me?

This song really, really annoys me

but I wouldn't kill anyone for singing it.

However, if they sang New York, New York....

I've had five friends who have had breast cancer. All had insurance. All of them went to the doctor when they felt a lump. 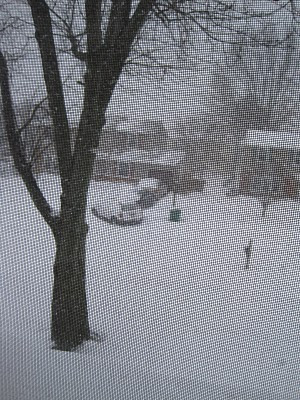 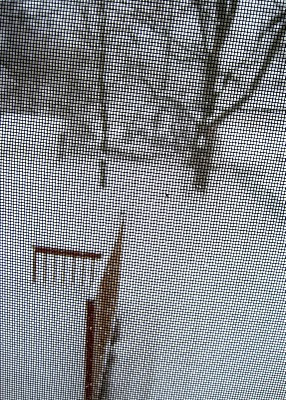 Views from my upstairs windows.

What next? Puppy stew? Stealing crutches from the disabled?

Two Americas! one for the normal people and the other for despicable ones like John Edwards.