Another trip down memory lane 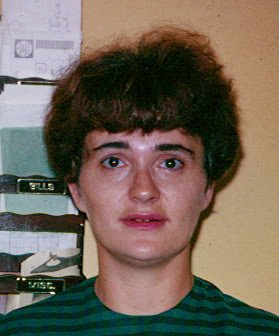 Photo of my mother

Originally this was a picture of me and my mother. But, as she often did, she tore the part with her likeness off, making the picture very weird. Mother often did this to pictures of herself, as she hated to have her picture taken while she was fat. Consequently we have only a handful of pictures of her.. She never did lose weight. Nevertheless we loved her and wouldn't mind having more pictures of her to remember her as she was. I have no idea why this gibberish appears. Posting pix to blogger is like swimming with cement shoes. : 0px auto 10px; text-align: center;"> 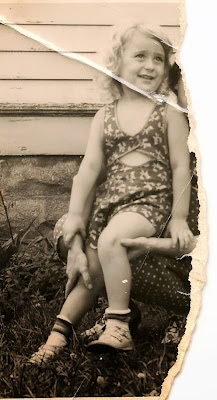 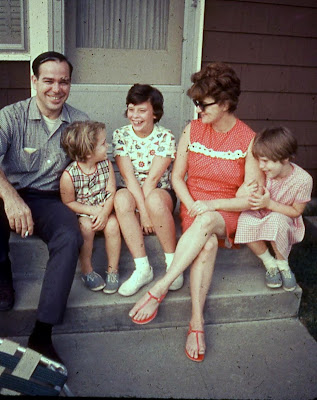 I finally was able to load a picture onto blogger--don't even remember how it happened. This photo was taken eons ago, when dinosaurs roamed the earth and our children were little. Also, my feet were perfect. Nowadays I feel like I have rocks in my shoes--not pebbles, boulders.

Everyone who can manage it is away this weekend, and if I had sense I'd be away too. Mostly I've been hanging around taking care of administrative stuff, like writing the IRS asking them not to send me any more computer generated requests for my 2010 return, which they seem to keep losing no matter how often I submit it. The there's all the health stuff, from teeth to feet.

I'm not having too bad a time of it, actually. I've got some interesting books to read; only some of them are about the Civil War, which seems to be my new obsession. I was never that interested in the Civil War; it was Mr Charm's cup of tea. But he left so many books about it that I started to get interested in it.

So I've been puttering around the house, reading books about the Civil War (or not), watching old movies, eating the occasional sandwich or something. The only thing that bothers me a little is that I am starting to feel like a fictitious character. possibly one from the work of Barbara Pym. Well, I'd rather dwell in a Barbara Pym book than one by, say, Joyce Carol Oates.

I read Virginia Johnson's obituary this morning in the local paper. The obit was by Jim Salter, Associated Press.

It turns out Ms Johnson, a single mother of two, went to work at the medical school of Washington University as a secretary. Now the bit which has since been scrubbed from the online version:

It was a strange indoctrination: Masters convinced her that having sex with him was part of the job.

Lucky for Dr Masters that he was not a hapless male college student, for instance, a Duke Lacrosse team member, in the 21st century, or he would have been--shall we say, screwed?

But Masters is one of the gods of our time, and can do no wrong. If he did it, it wasn't sexual harassment. It was science.

The story goes on to laud Masters:

"He was a rigorous scientist most comfortable in a white coat," said Dr Robert Kolodny

I wonder if he took off the white coat at certain appropriate times?

I'm not sure whether their work was valid science, either. I consider it Al Gore Science--you know, the settled kind? Nobody is going to argue with it, at risk of being called a Christian or something equally appalling.

I am not the only one with complaints. This awful bank's awful website is a nightmare. It has been down for a solid week. I have been forced to pay several bills by mail. But I can't acccess my account to see what's in it.

The director of Delaware's United Way gets a pay raise.

Dozens of charities are scrambling to keep their programs running in the wake of funding cuts from the United Way of Delaware, which fell short of its campaign goal this year but managed to give its executive director a pay raise and bonus.

The cuts come as nonprofits struggle to make ends meet after several economically disastrous years. The groups have trimmed programs, staff and overhead costs, frozen salaries for years and pursued new revenue sources wherever they can find them, their leaders said.

One item that escaped the ax is the salary of United Way President Michelle Taylor, who made about $257,000 last year and received a raise and a bonus this year, although officials would not offer specifics. In 2012, the organization’s budget was $20.7 million.

Those documents show that from 2010 to 2012, Taylor’s income, including bonuses and benefits, rose 35 percent while the United Way’s income dropped by 15 percent.

United Way also gets to keep around 10 percent of contributions--sort of like an agent's fee, if you had an agent and weren't a non-profit organization trying to survive.

These United Way thugs go to citizens' workplaces and try to persuade the employees to kick in out of their paychecks. The money can be taken right out of your paycheck, saving you the trouble of writing a check or something hard like that.

Needless to say, they won't be getting anything out of me. You can check out charities on the web, and find out how much of the money they raise goes to "administrative expenses." The Salvation Army, among others, spends very little on these.

And it wasn't even my own domicile. Some backstory first, to set the scene. My hairdresser operates out of her house, specifically out of her basement. When I walked into the house, there was a certain je ne sais quois in the air. Her husband was sitting in the kitchen, looking both grim and downcast. We went downstairs to her studio. With a face that looked like thunder, she seized a huge hank of hair from the left side of my face and hacked off a huge piece of it. It was about an inch and a half long, and she continued to hack away at it. She then proceeded to do the same thing on the other side. I couldn't see what she was doing on top of my head, but when she was done it felt like a three day growth of stubble. Yuck. I truly didn't recognize myself. It turns out, dear reader, that she and her husband had had a quarrel.