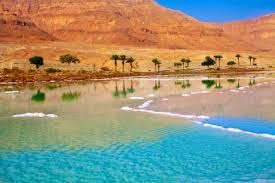 Here's where I'm going.  Israel.  And I am hoping there will be no snow.

When I was quite a small child I didn't know who everyone in the family was.  I thought I had three grandparents, courtesy of my mother:  Bubbe, Zayde, and Rosie.

Rosie was my grandmother's helper; what used to be called a"maid" or "girl" in polite society.  In short, Rosie was a black servant.  The fact that I have never mentioned  her astonishes me.  Must be racism.  Of course.


My memory tells me that Rosie was at my grandparents' house every day.  She and Bubbe were always working.  I can't believe the ordinary household required so much housework, but they always seemed to be busy doing something.  In those days, dishes were washed by hand.  And laundry was done on a machine with a wringer.  The wet wash --remember that expressions?==was wrung out by the wringer and then carried up the basement steps and hung on the clothesline.  When it dried it was brought inside, trundled down to the basement again, where most of it had to be ironed.  The only items that did not have to be ironed were   underwear, as I recalled.


And then there was kashrut, a form of organizing food and dishware and pots and pans which Rosie had not learned growing up in Savannah, GA.  She understood it very well by the time I knew her.   A novice could not work in a kosher environment; it was too complex.  The kosher housewife needed someone who understand how a kosher kitchen worked.  It governed almost everything that went on in the household where food was concerned.


On special occasions, known as Spring cleaning, carpets were taken out to the back yard and hung over the clothesline, where the dust was beaten out of them with a carpet beater.  The curtains were taken down and stretched on huge stretchers that looked like a bed of nails.  Everything was out of its proper place and children needed to disappear or be scolded for getting in the way.


I loved Rosie,  She was not too busy to tell me stories about growing up in Savannah, a place I always longed to visit.  I finally went there when I was in my 30's and loved it.   And she told me about her husband, who was named Blue, the only man I ever heard of with that name.  Rosie governed by threats.  Little girls who did not behave would be locked in dark closets.  And if we were not careful, we would get shot by needles which Uncle Moe carried in his doctor's bag.  I was so frightened of Uncle Moe, one of the gentlest of men, that I hid under the dining room table when he was expected.  No wonder I grew up to be crazy!

Some sage words for Congress and the President...

You have sat too long for any good you have been doing lately... Depart, I say; and let us have done with you. In the name of God, go!

Ruth Marcus appears to believe that legalized thievery by police and local government is something that only affects minorities.  She is oh so wrong.  They will steal from anyone regardless of race, color, or creed.


Her column is very informative and deserves to be read in full.  However, she appears to believe that it is more wrong to cheat and mistreat a poor person than a wealthy one.  Wrong again.  Justice is supposed to be blind.  It isn't okay, or more okay, to maltreat a rich citizen under color of law than a poor one.


Governments exist to serve us, not to ensure a revenue stream so that government employees can achieve respectable incomes, good health care,  and adequate pensions.  The police are employed to keep the peace and defend citizens from malefactors, and this is what I believe they do, for the most part.


We need to be sensitive to the abuse of power by elected and non-elected government employees.   It is one of the flaws in our system and leads to disrespect for the lawful authorities and widespread corruption.

I won't be supporting Jeb Bush

A lot of what he says makes sense, but when he gets on the topic of "11 million immigrants" for whom there are "no plans,"  I get up and leave the room.


A politician is someone, who when he sees something, anything, for which there are "no plans,"  feels the need to run up a plan on his handy-dandy Singer sewing machine.  If he sees a chicken crossing the road, he has to come up with a plan to either help the chicken  cross the road or prevent it from doing so.  Or to bring it back safely.  Chickens, undocumented immigrants, the principle is the same.  Do something..  Pass a law.  Create an agency, with its own headquarters building, an executive director with an assistant director -and two administrative assistants and a gardener.  Anything but leave the chicken to make his own plans.


We don't have to make laws for these undocumented folks now on our shores.  They will either stay, leave, or die. The idea is to prevent any more from coming in and deport the ones behaving criminally.  Time will take care of the rest.

This is all you need to know about the topic.

Are American Jews welcome on college campuses?  Yes, if they are self-hating Jews.