So I am driving around downtown Wilmington, looking for a place to drop off my broken DVD/television, and I suddenly notice a complete change of neighborhood. I have stumbled into a rundown, treeless, charmless low rent industrial area. Broken sidewalks. Boarded-up stores. Signs in Spanish. Storefront churches. Polish Catholic schools. My first thought was: I'm in New Jersey! Delaware had morphed into some lowdown industrial area, say Paterson, New Jersey on a bad day.

It's not a bad neighborhood, necessarily. There are lots of businesses that appear to be going concerns, manufacturing or wholesaling some necessary but utilitarian product--floor tiles, maybe, or plumbing supplies. It's just an area totally bereft of charm, right off--of course--Martin Luther King Blvd.

It was interesting to see the seamy side of everyday Delaware. By this I mean the underpinning of society: the place where cars get new body parts, plumbers get pipes, homeowners get flooring. This is where it all comes from. Without this area, there would be no gardens, no historic houses, no big box stores. The beautiful parts of Delaware are just the surface.

In all fairness, my skin isn't really that green.

Airline "security" doesn't work. Nor is it intended to. It isn't about security. It's a jobs program, and about pretending to do "something." The federal government is trying to hire every man, woman and hermaphrodite over the age of 18, who will then practice "security" on each other. This will make the economy work, the same as if everyone earned a living by taking in each others' laundry, only not as messy. And they all get a chance to be officious and come over all nannyish, which is lots of fun. Just ask Mayor Bloomberg.

I once flew to Italy and back with a box cutter in my purse. It was after September 11, 2001. My purse is full of odds and ends which I usually only clean out when I change purses.

I always carry a box cutter, because I can't open packages, for instance chewing gum, without one. I truly meant to get rid of it before coming to Rome, but I forgot, and only noticed I still had it when we arrived in Sorrento. Then I meant to put it in my suitcase for the trip home, but it totally slipped my mind. I believe this box cutter is made of such crummy metal that it doesn't set off the metal detector. I have a knife like that, which does not adhere to my magnetic knife rack. The box cutter, however, did contain a sharp razor blade.

However, in defense of Homeland Security, they did make me throw out a perfectly good tube of toothpaste once. I should have carried it in my crotch. No-one would have noticed.

If this went smoothly....

What would she characterize as "going roughly"? 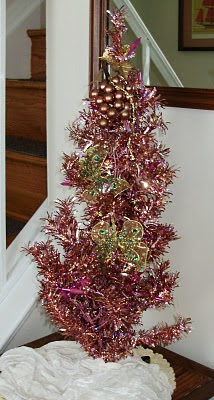 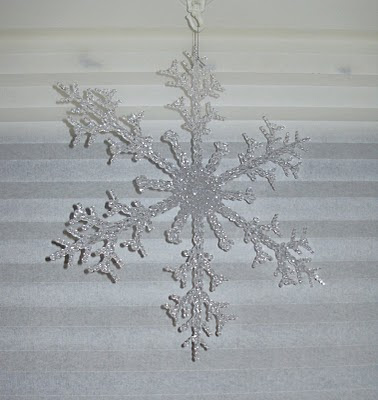 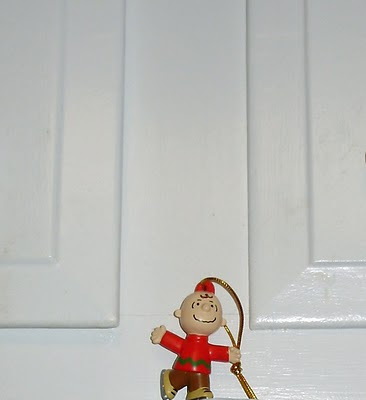 The snowflake is my favorite.

Your country has limited resources...

What activity would you prefer to have the government engage in, if you had to choose one: keep track of terrorists--or prevent the addition of caffeine to beer?

Remember, you can only choose one.

Have a holly jolly Christmas 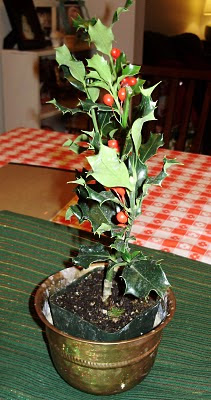 Too many people work for the government...

if it is someone's job to ban caffeine in alcoholic drinks.

Which it apparently is. 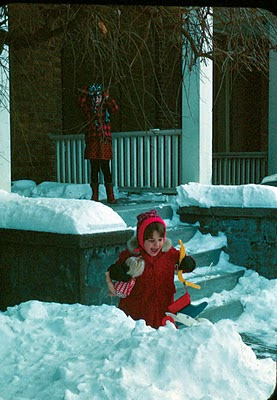 I couldn't resist showing this picture of a typical day in Upstate New York.

concerning the 88 professors who rushed to judgment:

[N]one of the 88 guilt-presuming professors has publicly apologized.... Many of the faculty signers -- a majority of whom are white -- have expressed pride in their rush to judgment. None was dismissed, demoted, or publicly rebuked. Two were glorified this month in Duke's in-house organ as pioneers of "diversity," with no reference to their roles in signing the ad. Three others have won prestigious positions at Cornell, Vanderbilt, and the University of Chicago.

Actually, signing this document was the most astute career move any of them could have made:

Among the most prominent signers of both the ad and the letter were Karla Holloway, an English professor, and Paula McClain, a political science professor. They also slimed the lacrosse players in opaquely worded, academic-jargon-filled individual statements full of innuendo.

This disgraceful behavior apparently did not trouble Duke's Academic Council, which in February 2007 made McClain its next chairwoman -- the highest elected position for a faculty member.

Three of them moved on to better jobs:

The three Group of 88 signers hired away by other leading universities are Houston Baker, Grant Farred, and Charles Payne.

Vanderbilt was so proud to have signed up Baker, a professor of English and African and African-American studies at Duke, in April 2006 that it prominently featured a photo of him on its website for months. This was shortly after Baker had issued a March 29, 2006, public letter pressuring the Duke administration to dismiss the lacrosse players....

If you eat right, don't smoke, wear your seat belt, and watch your weight....

you will live forever, right? Wrong. Well, at least you'll live longer--right? Yes, but--the race is not always to the swift, or the battle to the strong, nor is good health something you can assure by rational behavior. But the theory of "preventive care," which our President seems to think will actually prevent illness is actually just that--a theory.

A member of my family died not too long ago of Lou Gehrig's disease at the age of 51. He ate properly, rode a bicycle to work, blah blah. Died anyway. No-one knows why.

Having lived a long time already, I know that our bodies have a sell-by date. I am not the person I was at 25. I am less.

We are genetically programmed to wear out and die. Some of our illness can be prevented, some can be alleviated. Doctors and other health professionals work very hard to put off the inevitable, and that is as it should be. But the idea that annual checkups will catch disease in its earliest stage--that you can "take the blue pill" and be all right--is simplistic garbage. 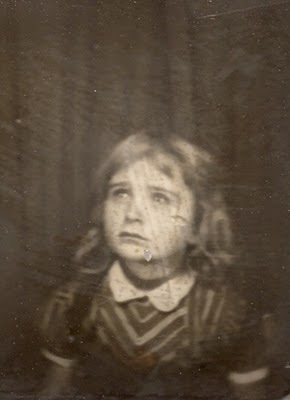 Getting to know the Sheridans

We changed our phone number recently. For one reason, we kept getting calls for the Pattersons. Some of the callers even got surly about it and thought we were covering up for the Pattersons. Honestly, no. We would have gladly put any and all Pattersons on the phone, had they been handy.

So we got a new phone number. All was peace and harmony for a long time. We received calls only from Happy Harry telling us our prescription was ready to be picked up and the occasional chat from Rep Mike Castle.

Then the Sheridans entered our lives. I don't really want to discuss them, having been worn out by the Pattersons' wide circle of friends and relations. However, if your name is Vicky Sheridan, you'd better start paying back your student loan!

brought to you by the Teamsters. 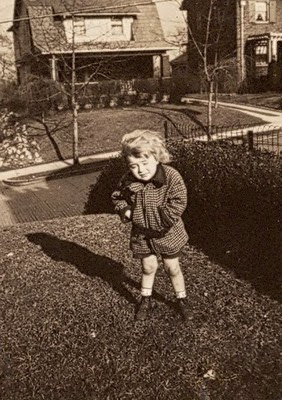 I think I can attribute this to a sense of impending doom, which I have noticed also in my brother the genius. He used to drive around Columbus, OH in a crash helmet. We bullied him out of it, but I think deep down he still would like to wear one if no-one were looking.

Friday the 13th took place on Sunday this year

but it was still horrible. Frustration with loading the software on the new camera, as the CD drive does not work. Tried to download software, but couldn't. I figured it was me, called tech support. The first "customer service rep" was downright rude and hung up on me. Customer service! The second told me that the software wouldn't download because I have a 64-bit computer, which I understand is the equivalent of wearing brown shoes with a tuxedo. However, she informed me my card reader would download the stuff anyway.

I asked her, why bother with the CD, then? She answered none too pleasantly. So...Nikon goes back in box, returned to sender. Another company boycotted.

I know my little private boycotts don't work. What does Dell care? Not at all. They are actually in the loan shark business with a computer company on the side. Nikon aren't losing any sleep either. But it makes me feel better. Consider it a placebo.

Next, went to a party last night. Beautiful house, with woodsmoke and two obese cats. The woodsmoke touched off my allergies, my friend--and driver--was allergic to the cats. Beautiful house, though. We got out of there after 45 minutes, just ahead of anaphylactic shock. Sneezed and coughed all the way home.

Michael Dell is the second richest man in America?

Or so I read somewhere. This happened, I believe, because his company made really good computers back in the day. Now, not so much.

My latest, purchased just a bit over a year ago, has some kind of problem with sound. Dell, of course, gives no customer service. You bought it, you took it out of the box, you're on your own.

The first time it ceased to produce sound, I took the speakers back to Best Buy. They tested them and declared them good. Dell, of course, was silent on the subject--as silent as my computer. But I did manage to find a bit of advice online somewhere: just restore the computer to an earlier point. I did, and the computer spoke again.

The damn computer is not two years old yet, so I don't want to replace it. It's too expensive to discard, but it costs too much to fix it. Mr Charm's new computer, on the other hand, is inaccessible because a password and username are needed to access it, and he has forgotten them, understandably, as he has been hospitalized or rehabbed for six months.

My family has had about eight Dell computers in the last 5-7 years. Small beer for some, I know, but for us, impressive. Now I am going to switch to HP for my computer needs, because they have good customer support. For now.

The situation reminds me of what happened to domestic cars a couple of decades ago. American auto companies got complacent and decided they could fob off any old thing on the public. They had a rude surprise when people started buying Japanese cars.

I sense a niche market here, for an idiot-proof computer. Surely there are more idiots like me around than there are techies?

I am wondering whether I am seriously weird...

I have a serious problem wearing socks that don't match. I found myself frantically looking for a matching pair of socks to wear, even though I was going to wear knee-high boots and no-one would see my socks.

As I fumbled through the drawer, I was scolding myself for this stupid attitude. It does not matter whether socks match or not. Stop this! You're wasting time!

Is this an offshoot of the idea that people must wear clean underwear in case they are in an automobile accident and someone in the hospital might see their underwear?

I finally found a pair that matched. What a relief! 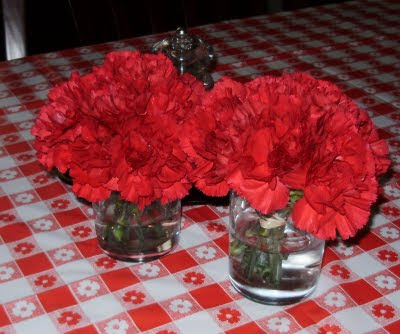 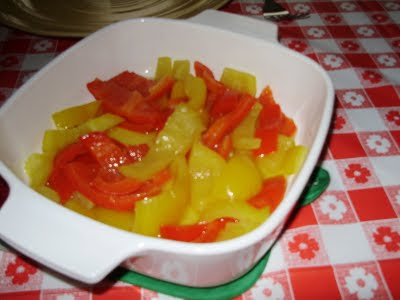 Is there such a thing as "Ameritrash"?

No doubt both of them--or the third one whose picture I don't have--were honor graduates from very selective institutions of higher learning and volunteered their time to care for the homeless as well as coaching softball for underprivileged girls.