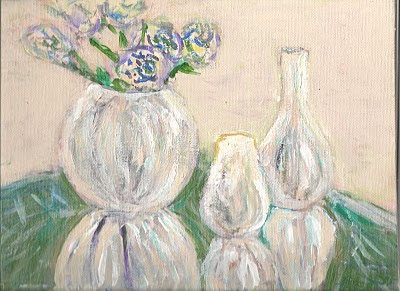 Who will I vote for?

I wasn't impressed by Christine O'Donnell in the primary.  To me she is too girlish, too Sally Fields.  I would have preferred more gravitas.  And I particularly don't like her signature "I'm not a witch" ad, a bit too simple-minded for my taste.

Still, I don't like the way everybody is picking on her, starting with the Republican Senatorial Committee and her opponent,  the media, and, of all things, a bunch of rude and ignorant law students.   She had the guts to run when everyone thought she didn't have a chance, and that's a brave thing to do.  Also, she was the choice of the Republican voters, who apparently did not want to be represented by Mike Castle and turned out in force to send that very message.  She represents those voters, and their exercise of their franchise should be respected.

I don't like women in politics being  treated like Gorgons.  A case in point:  Hillary Clinton.  She was viciously attacked in the most personal way.  Sharron Angle gets called a rude name.

“What is it that makes conservative women, who work inside and outside of the home, such a threat to liberal women like Joy? What has Sharron Angle done to deserve being described so profanely by Ms. Behar?”

So, for that and other reasons, I expect to vote for O'Donnell.  I am a Republican, anyway.

Whites without college have more sense than college graduates

I can't link to this article without registering--don't you hate it when that happens?  So it's in the latest National Review, called Rust Belt Revival — by Duncan Currie, and its all about whites without college; working class whites, who are apparently disenchanted with Obama.

They seem to have more wisdom than college graduates, in that they believe the evidence of their own eyes.  The college educated, on the other hand, pay upwards of $100,000 for four years in which all wisdom, knowledge and common sense are methodically subtracted from their minds.

And mind you, generally it takes five years, maybe six, to get a four-year education.  Graduate school, like batteries, is not included in this six-years.  After graduate school, the student it lucky if he retains his toilet training..

I am getting sick and tired of people piling on Christine O'Donnell.  The latest and most risible example is Meghan McCain, the spoiled, immature and dopey daughter of former Republican Presidential candidate John McCain.  (Note to self:  Thank God for the adorable Obama girls--this critter could have been a presidential daughter.  Malia and Sasha are infinitely cuter.)

"Well, I speak as a 26-year-old woman and my problem is that, no matter what, Christine O'Donnell is making a mockery of running for public office," McCain told anchor Christiane Amanpour. "She has no real history, no real success in any kind of business."
McCain, daughter of Sen. John McCain, R-Ariz., said that the message, "that sends to my generation is: one day you can just wake and run for Senate, no matter how [much of] a lack of experience you have. And it scares for me for a lot of reasons."
"I just know, in my group of friends, it turns people off because she's seen as a nutjob," she said.

O'Donnell can run rings around this lamebrained trust fund baby.  She did not "just wake up and run for Senate."    She has run for office before and lost, and it took guts to run as an outsider against an establishment Republican.  Apparently she is not flush with money, from what the local press has reported.  She dared greatly and won big.  Talk about the audacity of hope!

Without the benefit of a beer magnate grand-daddy, O'Donnell presented herself to the voters in the Republican primary, and apparently they liked her, or at least preferred her to Mike Castle.  The Republican turnout was tremendous.  Contrary to Ms M,  she was legitimately elected.  You have to be a citizen and above a certain age to put yourself forward for public office.  You don't have to have any other qualifications to run for the Senate, a body that has endured Barbara Boxer and Patty Murray and is still in business. And Robert Byrd.  And the chap who horsewhipped another chap on the Senate floor and whose name escapes me.

Meghan McCain doesn't have to worry her pretty little head, because the voters of Delaware will decide whether O'Donnell goes to the Senate. 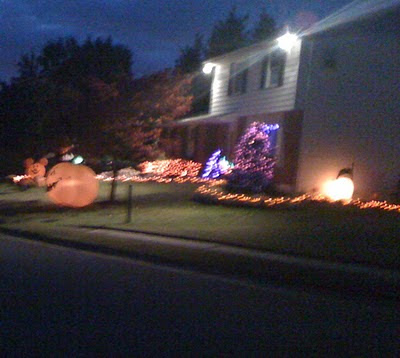 George--the owner of the property--says he does it for the grandchildren. Oh yes.

Somewhere in political lala-land  there is a "money tree"--something that continually, endlessly, and painlessly gives off money.   The money tree, like its animal counterpart, the cash cow, is just waiting to be found.

Voters in New York thought they had discovered a money tree in a state lottery.  The lottery was enacted into law in New York, but failed to put an end to the state's fiscal woes.  Several years later, the voters in New Jersey--one of whom was me, sad to say--thought they had spotted this exotic form of flora in legalized gambling.   Er, no.  Atlantic City gambling was legalized but the state still has empty pockets.

Now California thinks they have discovered the identity of this new form of plant life in the legalization and  taxation of cannabis.  The best of luck to them.

This smells fishy to me

Maybe it's true, but this seems like a manufactured scandal to me, like the Tawana Brawley hoax or the fake noose hanging from the Columbia professor's door.

Making words out of bacon?  You'd get your hands awfully greasy.

A gift for Andrew Cuomo

Could the New York State Republican Party really run an idiot like this?

The New York Republicans are famous for putting up real loser candidates for Statewide office.  They figure they're not going to win anyway, so they put up a rich guy who can lose his own money in the campaign, saving their money for--what?

I am sorry to encroach into your privacy in this manner, I found your
listed in the Trade Centre Chambers of Commerce directory here in Japan, I
find it pleasurable to offer you my partnership in business,

I only pray at this time that your address is still valid. I want to
solicit your attention to receive money on my behalf. The purpose of my
contacting you is because my status would not permit me to do this alone.
When you reply this message, I will send you the full details and more
information about myself and the funds.

Mr Tomo Sandf Nori sounds a bit dispirited.     He seems to lack confidence in himself, an indispensible quality in a con man.  Please send him e-mails to cheer him up.

...is his game improving?

A strange lot, the voters of California.  This man has been mayor of this and auditor of that and treasurer of the other thing.  The one career he has never tried was a nine-to-five in the private sector.  But his re-appearance on the stage is a near miracle, akin to the endurance of Rasputin, the sinister Russian monk who survived many attempts to kill him back in the day.  He is like a clapped-out hooker of 70 still proudly displaying her wares by the side of the road, next to the teenaged competition.

Can we have a cost breakdown on this?

Where does your student dollar go?  Here's the way I imagine it:

40 %  for administration (Vice Presidents in charge of Diversity, Sexuality, Legalizing Marijuana, etc.);
20 %   on upkeep (janitorial service, grounds maintenance, heat, air conditioning, water, library);
10 %  for student activities--such as bus transportation to Obama rallies for which they get credit;
25 %  for tenured faculty;
5 %  for adjunct faculty (aka slave labor) who actually do the work.

I'd like to see this on a pie chart.

You  know the yogurt commercial where a bunch of women are licking yogurt lids and putting them in envelopes to mail?  I feel sorry for the poor wage slave who has to open these envelopes with their yogurt residue and their icky disease-ridden saliva.

Haven't the people at Yoplait heard of germs?  I would as soon open an envelope laced with anthrax.

I dislike yogurt commercials generally.  There's one, with Jamie Lee Curtis, where a man is speaking with his mouth full.  And another where Heidi Klum pokes her finger in the yogurt container and sighs orgasmically.  Also on my list of the top ten stomach turners is the discussions of various people's digestive systems so dear to the heart of many advertising creative geniuses.

When I saw this video, I I really thought it had been done by our side.  (You know, the tire-burning, carbon-emitting  crazed rightwingers.)

The global warmists actually thought this would persuade people?