I just saw the movie, "The Girl with the Dragon Tattoo."  I won't reveal the plot, because I don't want to ruin it for those who enjoy graphic depictions of rape and torture.  But I do have some observations.

The movie takes place in Sweden.  You can tell this because the entire cast speaks fluent English with a Swedish accent.  This is understandable, because if they spoke Swedish we wouldn't understand them unless there were subtitles.  This is not the kind of movie suitable for subtitles.

It is always snowing in Sweden and looks awfully cold, but no-one buttons up their coats.

Clearly tall thin people are better than short fat people.  They are good, honest, and virtuous.  Overweight people have rotten, even criminal,  characters.  Guys with potbellies are particularly obnoxious.

Out in the country, only one car is allowed on the highway at one time.  If you want to go somewhere and there is already a car on the road, you have to ride a motorcycle.

If you have a Jewish given name, like, say "Miriam," you are Jewish.  No exceptions. 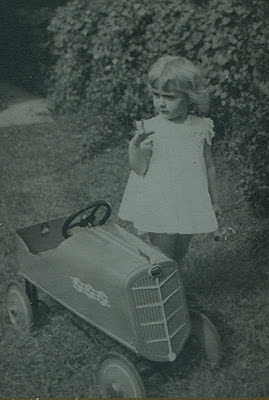 Iowahawk posted a picture of himself in a little red wagon. Well, this is my first car. It was red, too.  Neeneer, neener, neener. 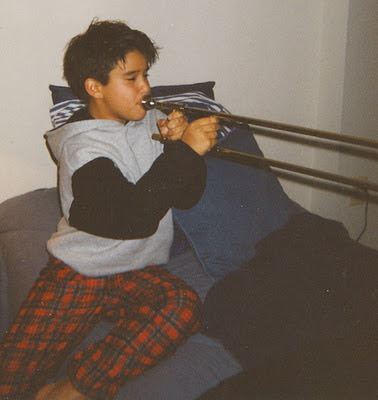 Years ago, President Carter sought wisdom from his teen-age daughter, Amy, and mentioned this in a half-baked speech.. Shortly thereafter he was relieved of his job and sent home to deal with his peanuts.  I thought we were through with that sort of thing.  I don't recall President Clinton seeking advice from Chelsea, or Bush II consulting the twins about foreign policy.

But the current incumbent quotes the insights of his teen-aged daughter, Malia, so teen wisdom is back.  He uses Malia's remarks as a jumping off point for some meaningless, banal  psycho-babble about change.

Can we send him back to Chicago?  Please?  Real soon?

The end of the world?

The end of the world?  Why would anyone give any credence to anything said by the Mayans?  They were a disgusting group of people if there ever was one, practicing human sacrifice and probably poor dental hygiene as well.  Why do you think the Spanish were able to conquer them?  The other tribes cooperated with the Spaniards, probably having gotten good and fed up with the Mayans sacrificing their members.

Just because people lived primitive lives a long time ago and are now extinct does not give them a Get Out of Jail Free card. Some indigenous tribes were pretty rotten in their day.  Good riddance to them and all their works.

I just finished reading Grant's Final Victory, about President Grant's last year of life.  It was truly a heroic year.  Having been swindled out of just about everything he owned by men he had trusted, Grant determined to  write and publish his memoirs so that Julia, his wife, would have enough money to live on.  Grant had esophageal cancer and knew he had not much time.

Grant's illness was extremely painful.  In the end he could no longer speak.  But day after painful day, he worked on his memoirs.  When he had finished them, using his last ounce of strength, he died.

with Blogger, and am really mad at myself for being such a knucklehead about computers that I don't know how to fix it.  I'm using the new version of Blogger, because the old one is actually worse.  I can't link!

Went to see the lawyer today, and he gave me a ton of instructions that will keep me busy for days.  How did I ever have time to work?

I had to replace the sink disposer for the second time.  This is its last chance!  If this one breaks....

Is it possible to take a leave of absence from your life?

Hi We are register company in Sieria Leone and we deal in different kind of Diamond and we are looking for a long term partner that is willing to buy.If you are interested get back to us with your details as to enable me email you our manifest. 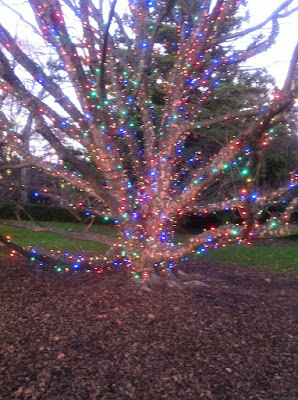 One of the decorated tees at Longwood Gardens 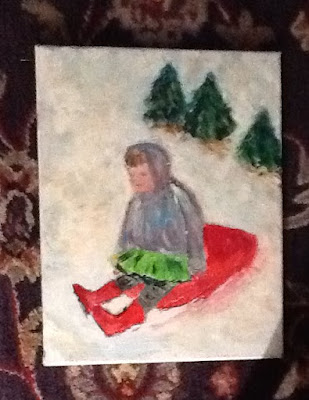 The joys of 21st century medicine

One of the most frustrating things in modern life is coping with the nuts and bolts of medical practice. The average practice around these parts consists of 35 revolving doctors, a nurse practitioner, and 50 ancillary persons, none of whom can talk to you just then but want you to leave a voice mail message. Just getting an appointment leaves you disgruntled. You don't get regruntled when the day of your long anticipated appointment comes. I read somewhere that the word ancillary derives from the Latin word Ancilla, meaning handmaiden. This is either true or too good to check. On an average office visit, you deal with at least 3 of these handmaidens before the head honcho performs his brief walk-in part, and 3 more before you leave. The doctor couldn't pick out your face in a line-up. Cursory is the word that applies. Clearly they have other patients who are much, much sicker than you and are no doubt busily bleeding to death in another room.

The other Night at about 6:30,the dashboard of my car issued an ominous warning: Loose. Gas. Cap. I parked the car and examined the gas cap;it looked okay to me, but what do I know? I got back in the car and Again saw the warning: LOOSE, GAS! CAP! So I took it to Sheridan Nissan, even though I knew the service department was closed, in the hope that someone who was hanging around there would know how to fix it. The service manager happened to be there. There was nothing wrong with the gas cap. It was tight. He unscrewed it and tightened it again. I started The car: LOOSE! GAS! CAP! he told me to come back tomorrow and they would fix it.i drove home with the message flashing at me: LOOSE GAS CAP!!!!!. The next day the message went away, permanently.

The state of Delaware wants to give amazon.com a helping hand in building a fulfillment center in Middletown, de. This takes the form of $7.5 million in taxpayer funds. The exact amount is not known at this time, but it involves a$3.47 million grant from the Delaware strategic fund, plus up to $4 million in grant money from the new jobs infrastructure fFund. This would provide the state with 849 jobs! What could be wrong with this? Let's help our infant industries!